SALISBURY — When Wesley Thompson looks back on his medical career thus far, he can point to several distinct moments that shaped his path.

The first and most influential came when he was a graduate student working at Duke University Hospital in 1985. Tasked with drawing blood from an AIDS patient, Thompson entered a room that was wrapped on the outside with red tape. On his way in, Thompson said he witnessed a nurse toss her badge aside and declare that she “refused to touch those people.”

HIV had only been identified by researchers a few years before and was still a highly-stigmatized virus at the time. Misinformation about how the virus was transmitted was rampant. Even though it was one of Thompson’s first encounters with an AIDS patient, he confidently walked to the patient’s bedside and took his a sample of blood. 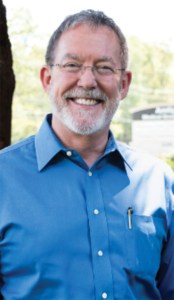 “After drawing blood, I put the bandage on and said, ‘I have to go to class now. I’m still in school. I’ll come see you after I’m done after supper,’” Thompson said. “I pulled my respirator down and I kissed him on the forehead.”

By the time Thompson returned to the hospital room a few hours later, the red tape was gone. The patient was too.

“The charge nurse was still there,” Thompson said. “She hustled up and grabbed my shoulder and said, ‘Wesley, I just want to let you know he told me what you did and said. And I want to thank you. You were the last person to touch him and treat him like a human before he died.’”

Thompson’s plan had been to travel to foreign countries as a missionary to spread the word of God. But after treating ailing AIDS patients during the early stages of the epidemic, he charted a new course.

“I ended up realizing that HIV was my mission field and I began to really get aggressive into learning about HIV,” Thompson said.

“I’ve never been in this to be famous,” Thompson said. “I’m in this because I want to make a difference in patients’ lives and it’s very validating to receive something like this.”

Born at what is now Novant Health Rowan Medical Center, Thompson grew up in southern Rowan County. His father worked for Southern Railway and his family bounced between Granite Quarry and Rockwell, but Thompson spent most of his formative years in China Grove.

Interested in studying medicine and theology, Thompson applied to and was accepted to Wake Forest. He was the first of his family to go to college. Embarrassed at the time by his rural roots, Thompson spent the summer before his freshman year memorizing Salisbury street and business names.

“As a small town boy, Salisbury was the big place,” Thompson said. “I memorized every store and restaurant I could so that if anybody questioned me about Salisbury, I knew the story.”

After earning his undergraduate degree, Thompson earned his PA certification through the Physician Assistant program at Duke. Physician Associates work in collaboration with licensed physicians and have the ability to diagnose and treat illness and disease and prescribe medication for patients. Thompson went on to earn a masters of health science from Duke as well.

As a young practitioner, Thompson continued to treat AIDS patients at a time when the virus was wreaking havoc without an effective treatment.

“Once you were symptomatic, you were quickly gone,” Thompson said. “It’s a devastatingly aggressive disease.”

As more research was conducted on the HIV virus, new medications were developed and the survival rate of patients began to improve. By the mid-1990s, Thompson said, healthcare providers could prescribe a combination of four to five medications that could overwhelm HIV.

In the early 2000s, Thompson became the first PA in North Carolina and among the first 20 PAs in the country to be certified as an HIV specialist.

“Nobody wanted to do it,” Thompson said. “People wanted to push these people into the corner and let them die. Part of my own faith journey, I saw a mission field and modern day lepers who needed to be loved.”

Medicines and treatments for HIV continued to improve and Thompson saw his patients living longer and longer lives. There are now a number of effective AIDS treatments available, as well as preventative measures such as pre-exposure prophylaxis, or PrEP.

“(In 20212) we realized our HIV positive patients can live just as long as our negatives,” Thompson said. “…To me, this is nothing less than a miracle.”

Thompson is the co-founder of Amity Medical Group. The healthcare provider has three locations in greater Charlotte, the third of which opened in September. Thompson said he already has picked out locations for the fourth and fifth clinics.

In addition to treating patients, Thompson has also guest-lectured at numerous local and regional colleges and continues to participate in research. He has personally co-investigated over 60 clinical trials for new medications to fight against HIV.

Approximately 1.2 million people in the U.S. have HIV, according to HIV.gov. As of December 31, 2019, the number of people living with HIV who reside in North Carolina (including those initially diagnosed in another state) was 34,460, according to the North Carolina Department of Health and Human Services. Thompson said he currently provides care to more than 800 HIV patients from Mecklenburg and surrounding counties.

“I never imagined that I would be doing this. I marvel at it and I’m glad I’ve left myself open to roll with the changes,” Thompson said. “I’d be glad to do it all over again.”

In his 60s now, Thompson takes pride in his rural Rowan County roots.